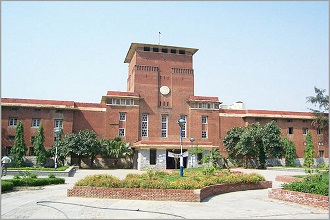 The AIPMT 2015 retest results are expected to be declared by the CBSE by 17 August, 2015 as per the orders from the Supreme Court bench after it the previous AIPMT 2015 held on May 3 was cancelled. The first round of counselling will begin soon after that.

The counselling of Delhi University MBBS/BDS 2015 is scheduled to be conducted from August 27 to 29.  Candidates will able to check the tentative merit list from August 24, while the final merit list will be announced on August 26. 600 seats are being offered for MBBS and 40 seats for the BDS course.

Candidates are required to submit the following documents in original along with one set of self-attested photocopies of the documents mentioned below.

The candidate will be required to produce admission tickets of AIPMT 2015 and original certificates including AIPMT 2015 result/score card. The admission would be made strictly on the basis of marks/merit of the candidates in each category, obtained in AIPMT 2015. In case two or more candidates obtain equal marks in the AIPMT 2015, the inter-se-ranking of such candidates shall be determined in the following order of preference: