Given the different patterns of the JEE Main and JEE Advanced exams, candidates need to modify their preparation plan for the two exams based on the difference in syllabus and weightage of marks.

Sets, Relations and Functions: Sets and their representation; Union, intersection and complement of sets and their algebraic properties; power set; relation, Types of relations, equivalence relations

Mathematical Reasoning: Statements, logical operations and, or, implies, implied by, if and only if. Understanding of tautology, contradiction, converse and contrapositive. 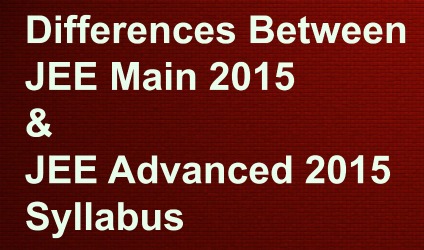