SIGNUP / LOGIN
You are here: Home / AIPMT / NEET 2018 Exam Paper To Be Based On Multiple State board Syllabi 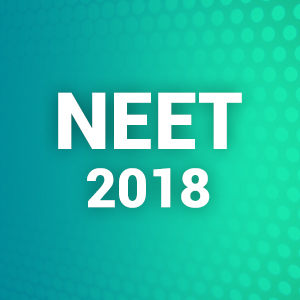 The exam was previously based on the curriculum and syllabus of CBSE, the Central Board of Secondary Education. This, in turn, meant that students from other boards had to adapt to the much different CBSE syllabus for Physics, Chemistry and Biology, when preparing for the same. Ministry of Human Resource Development made this amendment to make sure that the basis of selecting medical aspirants is objective and neutral.

NEET-UG 2018 is expected to be held in the first week of May and will facilitate admission into all government and private colleges — except All-India Institute of Medical Sciences (AIIMS) and Jawaharlal Institute of Postgraduate Medical Education and Research.

While the majority of the concerned authorities, teachers and students are applauding this decision, some experts have their doubts about basing the paper on multiple syllabi. They feel the government might be a little short of time, considering how close they are to the final publication of the examination schedule and syllabus.

Union HRD Minister Prakash Javadekar also stated in an interview that the exam will be conducted in Urdu for the first time, in addition to the existing languages: Hindi, English, Assamese, Bengali, Gujarati, Marathi, Tamil, Telugu, Oriya and Kannada.

NEET replaced AIPMT (All-India Pre-Medical Test) in 2013, and is conducted under the supervision of CBSE. The official notification for NEET 2018 is expected by the last week of this month when the syllabus, exam date and other details will be released, according to a source in CBSE.

Staying a step ahead in the NEET competition is easier with the exclusive NEET prep courses by Meritnation. Stay tuned to this space for more updates on NEET, as well as other exams in 2018.