In the proof of Newton's inverse square rule , why is centripetal force = mass x velocity^2 / radius? 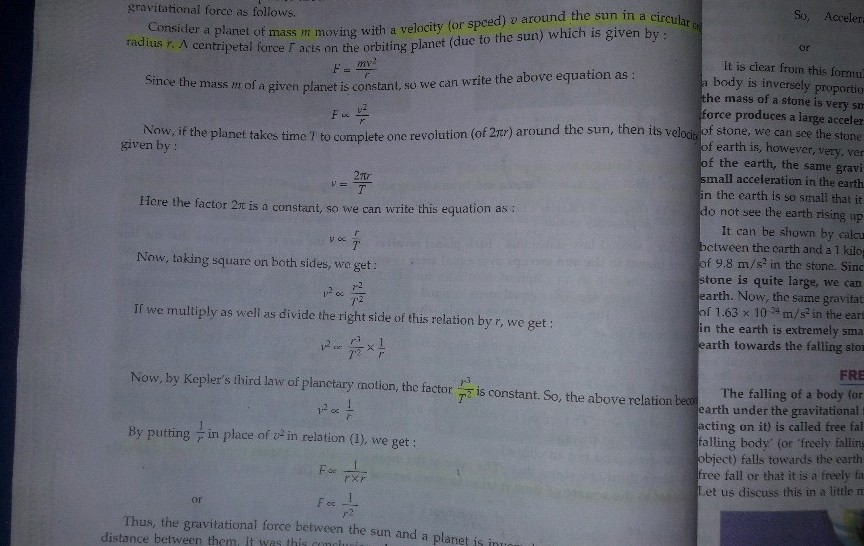 Dear Student,
According to Newton's first law of motion, a moving body travels along a straight path with constant velocity unless it is acted on by an external force. Now, in a circular motion body moves in a circular track, therefore, its velocity is changing every moment and telling us that there is some kind of force acting on it.
For circular motion to occur there must be constant force acting on a body, pushing it towards the center of the circular path. This force is called the centripetal (“center-seeking”) force.

Now, according to Newton 's third law of motion, for every action there is an equal and opposite reaction. The centripetal force, the action, is balanced by a reaction force, the centrifugal (“center-fleeing”) force.

Definition: Centripetal force is a force which causes a body to move in a circular track.