Plzzz do help in these 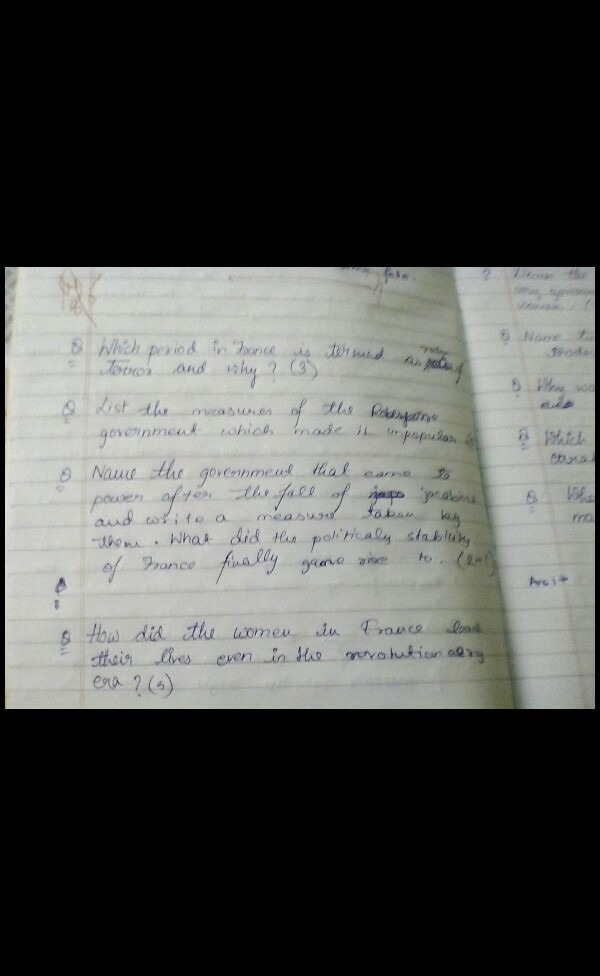 Please refer to the first query and try to post queries in separate threads for better assistance.

The period from 1793 to 1794 is referred to as the Reign of Terror in the history of France.

During this period, the rurer who ruled Maxmillian Roberspierre imposed the policy of severe control and punishment. All the people whom he feel to be his enemies were arrested, imprisoned and tried by a Revolutionary National. Even the members of his own party were not spared on going against his rules and methods.On founding them guilty by the court they were guillotined.