The people in this story suddenly realise how precious their language is to them. What shows you this ? why does this happen

The order came from berlin to impose german on the french speaking people of alsace made all the difference. Suddenly people realise how precious is their language to them. earlier people were indifferent towards their language but now they made a new fond love for french. M.Hamel goes on to declare that french is the most beautiful & clearest language in the world. Even the village elders seem to endorse M.Hamel's views. They came and sit there on the back benches. Like this way people showed their respect towards their language which is theirs no more.

At the left side ....u should write the date and below it the day....on right side write the time but it should be only at night and then proceed with your entry.... When and where did louris fisher first meet Gandhi?what did they talk about 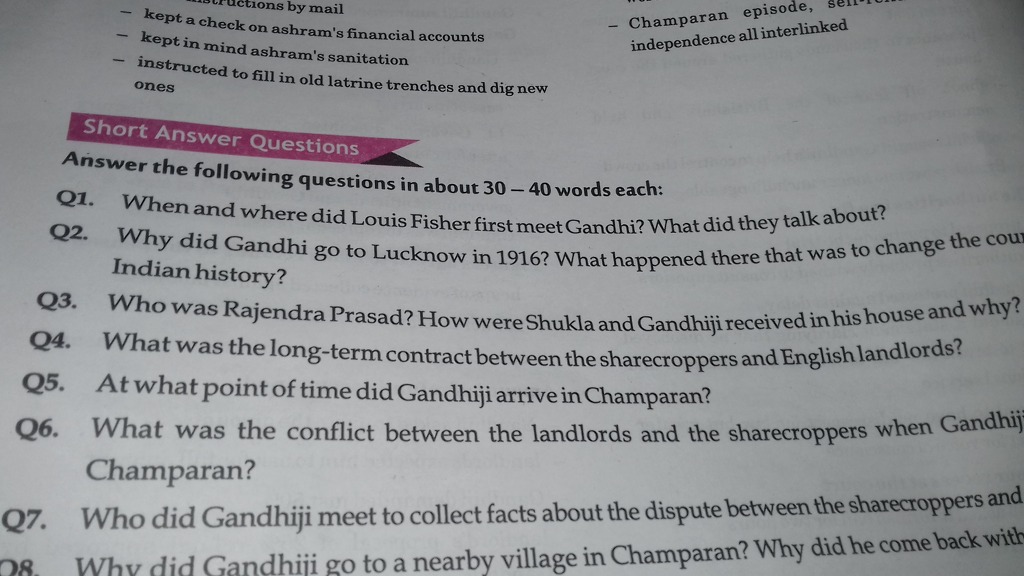 This is the answer to the given question I think You git enough answers? M. Hamel told the students and villagers that henceforth only German would be taught in the schools of Alsace and Lorraine. Those who called themselves Frenchmen would neither be able to speak nor write it. He praised French as the most beautiful, the clearest and most logical language in the world. He said that for the enslaved people, their language was the key to their prison. Then the?people realised how precious their language was to them. This shows people?s love for their own culture, traditions and country. Pride in one?s language reflects pride in the motherland. happy are not the rich always

write the sentence correctly by replacing the words in their prepare

IF THIS HELPS PLEASE THUMBS UP Play it by ear

I don't know
What are you looking for?