why are multiple images formed when two mirrors are placed at right angles to each other ?

We get many images of the objects because the image formed by one mirror acts as an object for the second mirror. Further images of an image are also formed. This continues till no more reflection by either mirror is possible. This phenomenon is referred to as multiple reflection. So, we get 3 images by the process of n = 360/Theta( The angle at which mirrors are placed ) - 1.
Therefore, 360/90 - 1 = 4 - 1 = 3.
HOPE THIS HELPS......... :D
CHEERS,,,,,,
View Full Answer

THE IMAGE REFLECTS FROM ONE MIRROR TO ANOTHER MIRROR AS THIS PROCESS REPEATS WHICH MAKES THE IMAGE FORMED MULTIPLY WHEN TWO MIRRORS AREPLACED AT RIGHT ANGLES TO EACH OTHER .

Determine a relationship between the number of images formed by two plane mirrors and the value of the angle between these two mirrors, on the basis of observations in the laboratory.

The appearance of multiple images is caused by a succession of reflections between two mirrors.

Let's examine in further detail the case of images formed by two plane mirrors placed at 90 degrees to one another.

Locate the images of the object in each of the mirrors (primary images).

Extend the line of the mirrors' positions (broken lines on the diagram).

Treating the primary images as objects in front of the mirror extension lines:

In the case of mirrors at a right angle, only one secondary image is formed:

2 primary images seen as a result of a single reflection of the rays.

1 secondary image seen as a result of a double reflection of the rays.

Two mirrors facing one another will produce a large number of images. This number is limited because light is absorbed by the multiple reflections. The images can be identified by their apparent distance. Secondary images appear further away than primary images, since light must travel a greater distance in a double reflection than in a single reflection.

we get many images of the object because the image formed by one mirror acts as an object for the second mirror. further images of an image are also formed. this continue till no more refletion by either mirror is posssible . this phenomenon is referred as multiple refliction

Many images are formed due to the reflection of one mirror to another . This phenomenon is called multiple reflection 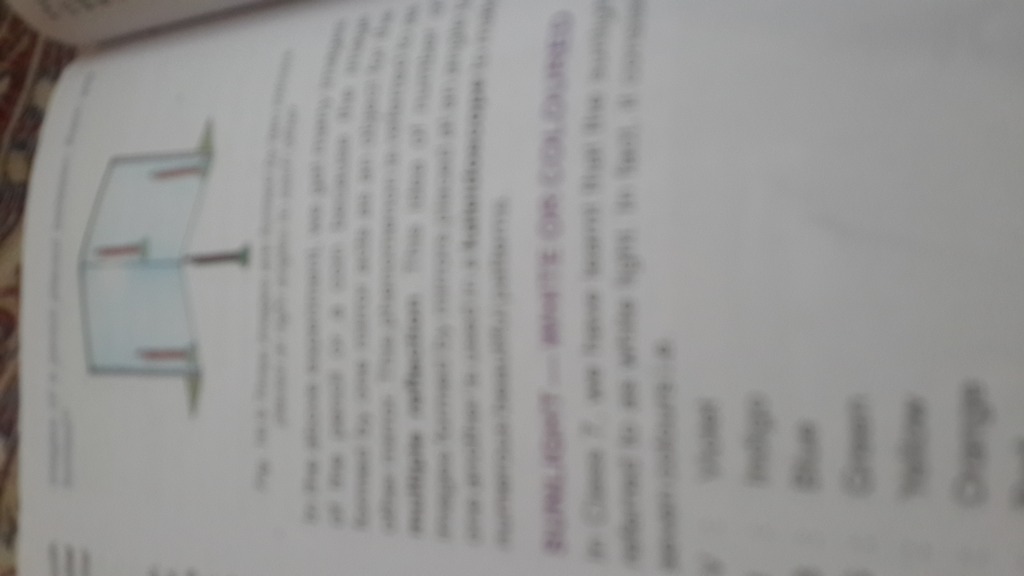 We get so many images of the object when kept parallel to two mirrors as object formed by one mirror acts as an image for second and further images are formed and this continues till no more reflection is possible. 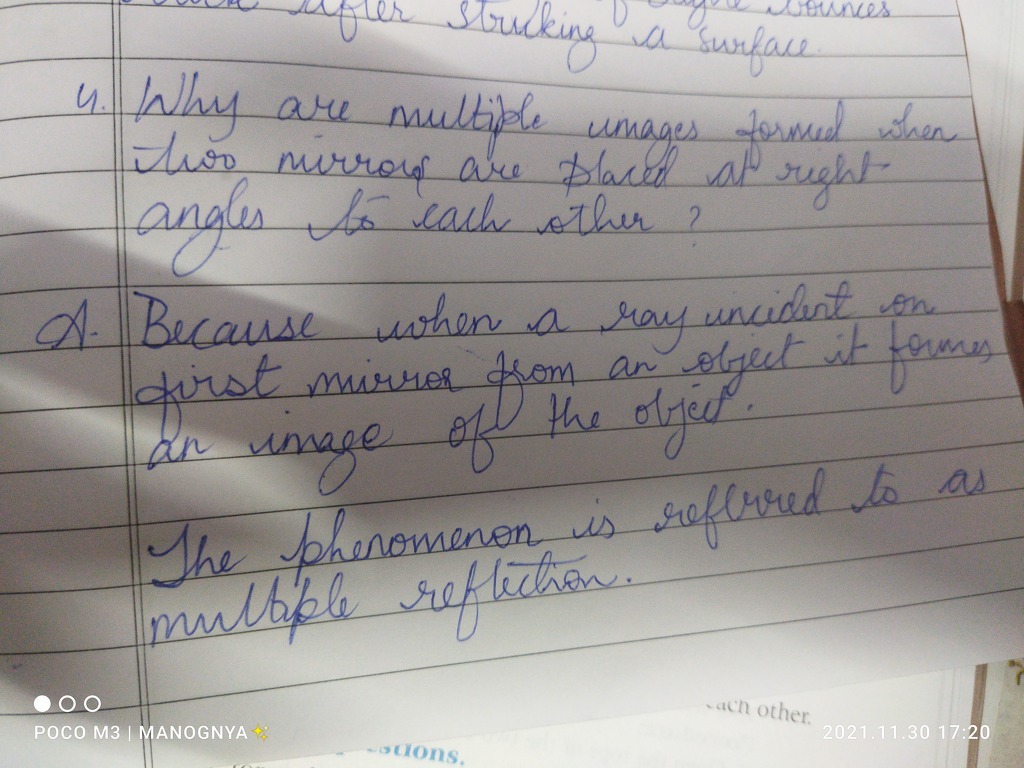