Why partial charges are always less than the unit electronic charge (1.6 x 10^-19).explain this in detail with a suitable example. it is my humble request please don't send a link

Firstly I would like to explain the meaning of partial charge.

Partial charge means that the element or atom which posses a partial charge do not have complete charge charge. It will be more clear with the given below example: 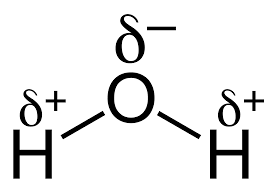 And its value cannot be equal to the charge and it will the less than the unity charge.

Reason: Although electron density is near the vicinity of oxygen but it is also shared by the hydrogen atom.

Hope this will help you and if you still faces any doubt in the topic do let me Know.