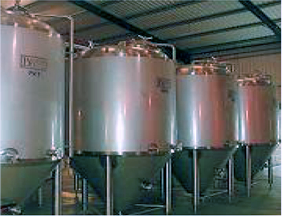 ​Bacteria are also used in leather industries during tanning of leather. The soft, perishable parts of the skin (hide) are degraded with the help of certain bacteria.

Do you know which organisms are classified as microorganisms? Let us find out.

There is a lot of variety of microorganisms in nature. The five major groups are as follows:

Bacteria are the most abundant organisms on earth. They are found everywhere − on land, in water, and in the air. They are single-celled microorganisms that have a protective cell wall and lack nucleus. They reproduce by binary fission. 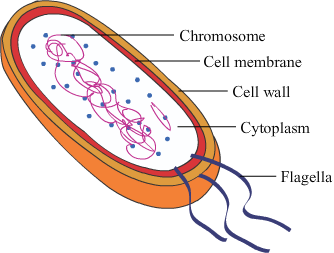 Structure of a Bacterium

Bacteria are classified into three types on the basis of their shape. They predominantly exist in three main shapes:

(iii) Spirals: They are spiral-shaped and are called spirilli. Examples are Vibrio cholerae and Treponema pallidum.

Fungi are plant-like organisms that are multicellular. They are heterotrophic as they lack chlorophyll. Most of the fungi are invisible to the naked eyes. Yeast and moulds are the examples of fungi that cannot be seen through naked eyes. 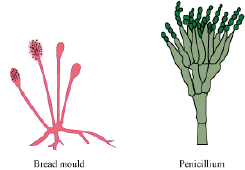 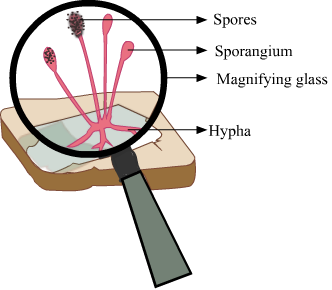 The white greyish patches are the fungus, a multicellular organism that has developed on the slice of bread. If you observe it under a magnifying glass, then fungus appears as a thread-like structure. These thread-like filaments are called hyphae. They also produce tiny black, rounded structures that are called spores. The sexual and asexual reproduction of fungi takes place via these spores.

Fungi are of three types:

A typical example of club fungi is mushroom. A mushroom consists of following parts:

Stalk −Stalk is the upright part of the mushroom.

Cap − It is the umbrella-shaped upper part of the mushroom.

Both of them are made up of hyphae, which are the reproductive parts of the mushroom. Hyphae are tightly packed and are attached to the underground hyphae, which absorb food from the decaying matter. Remember that fungi are saprophytes.

On the underside of the mushroom caps, gills are present that carry spores.

Protozoa are microscopic organisms that include Amoeba, Paramecium, Euglena, Plasmodium, etc. They can be unicellular or multicellular. They are simple primitive organisms that are usually found in water. 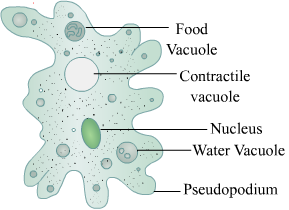 Algae are multicellular photosynthetic organisms. Have you ever seen slimy green patches in ponds? What are those green patches called?

The slimy green patches that are seen in ponds are called Spirogyra. Spirogyra is a green filamentous alga, which is commonly found in freshwater habitats. It appears as bright dark green filaments that gently move along with water currents.

Algae are of three types: