From the above clipping of the story,please answer this question.
Why didn't Swami hand over the complaint letter to the headmaster in the morning? 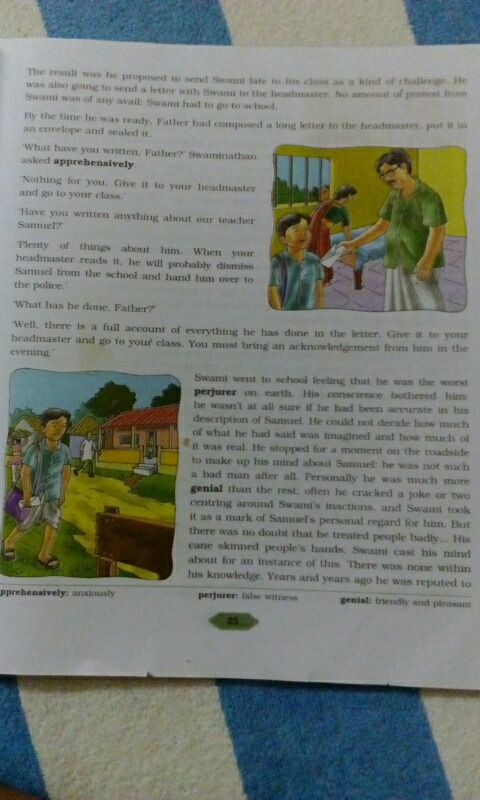 Swami had complained about Samuel to his father who had then written a letter of complaint to the Headmaster. Swami was scared that if he handed the letter over, Samuel would be dismissed, arrested by the police and imprisoned. Swami would then be responsible for his humiliation and ruin. He was not even sure if all that he had complained abut was actually true: was Samuel really the monster that Swami had made him out to be!Being unsure and feeling guilty, Swami did not hand over the letter in the morning.
View Full Answer
What are you looking for?