Number Series, Coding and Decoding and Odd Man Out

After going through this lesson, you shall be able to understand the following concepts.

In this lesson, we will study about the series of numbers, series of alphabets or combinations of both, which are generally known as the terms of the series. These terms change in accordance with certain specific rule/order throughout the series. Let us now study the various types of series in detail. 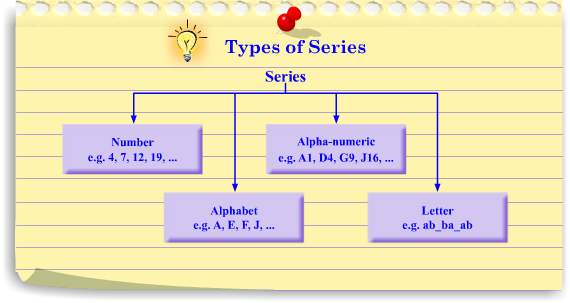 1. Number Series : In these types of questions we have to identify the missing term or wrong term of the series. These terms follow a certain pattern throughout the series.

Solution: Here, the given series follows the pattern

Solution: Here, the given series follows the pattern

Solution: Here, the given series …