Circle and their Attributes

Circle is a simple closed curve and it can be defined as follows:

A circle is the locus of points in a plane which are equidistant from a fixed point in the same plane.

A circle exhibits various interesting properties which make it a special geometric figure.

Let us discuss the same.

Diameter of a circle divides it into two congruent arcs. Each of these arcs is known as semicircular arc. 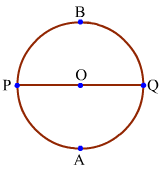 In the above figure, PQ is diameter which formed semicircular arcs PBQ and PAQ.

A line that meets a circle at two points is called the secant of the circle.

Look at the following figure.

In the figure, a line l intersects the circle at two points i.e., A and B. This line is called the secant to the circle.

A line that meets a circle at one and only one point is called a tangent to the circle. The point where the tangent touches the circle is called the point of contact. 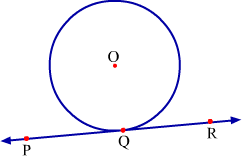 What do you observe in this f…