SIGNUP / LOGIN
You are here: Home / Archives for OTHER EXAMS 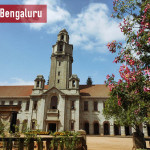 In a first, Human Resource Development Minister, Smriti Irani launched India’s first ever ‘India Rankings 2016’ under the National Institutional Ranking Framework. This indigenous ranking framework for higher education institutions has released a list of top 100 universities and institutes in Engineering, Management and Pharmacy. An independent agency, the National Bureau of … END_OF_DOCUMENT_TOKEN_TO_BE_REPLACED