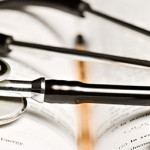 875 medical seats of the various government colleges were reverted to their respective states on September 17, 2015. Some students approached the Supreme Court with request to fill these seats on the basis of AIPMT 2015 merit list and not from the state merit list. The Supreme Court stayed admissions against these 875 seats and has finally passed an order on October 1, giving … END_OF_DOCUMENT_TOKEN_TO_BE_REPLACED 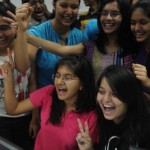 The AIPMT 2015 Retest results were declared on August 17, 2015 by the CBSE. The Medical Counselling Committee (MCC), Directorate General of Health Services (DGHS) & Ministry of Health & Family Welfare has announced the schedule of the online counselling. It will be conducted from August 19, 2015 onwards. The MCC will be conducting the counselling for 15% of All India … END_OF_DOCUMENT_TOKEN_TO_BE_REPLACED 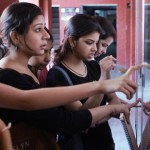 The Central Board of Secondary Education (CBSE) has declared the All India Pre-Medical/Pre-Dental Entrance Test (AIPMT) retest result today, i.e., Monday, August 17, 2015. Citing mass irregularities in the earlier AIPMT 2015 held on May 3rd, 2015, the retest was organized on July 25, 2015 by the CBSE, under the directions of the Supreme Court. More than 4 lakh medical … END_OF_DOCUMENT_TOKEN_TO_BE_REPLACED 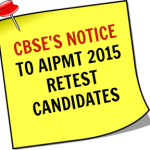 The Central Board of Secondary Education (CBSE) has released the Answer Key of AIPMT 2015 retest which was held on 25th June, 2015. The board has also put the OMR Answer Sheets and Responses on display on their official site. The candidates can check and download the AIPMT 2015 Retest Answer Key prepared by CBSE and the scanned images of their OMR Answer Sheet by logging to … END_OF_DOCUMENT_TOKEN_TO_BE_REPLACED 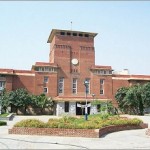 The AIPMT 2015 retest results are expected to be declared by the CBSE by 17 August, 2015 as per the orders from the Supreme Court bench after it the previous AIPMT 2015 held on May 3 was cancelled. The first round of counselling will begin soon after that. The counselling of Delhi University MBBS/BDS 2015 is scheduled to be conducted from August 27 to 29.  Candidates will … END_OF_DOCUMENT_TOKEN_TO_BE_REPLACED